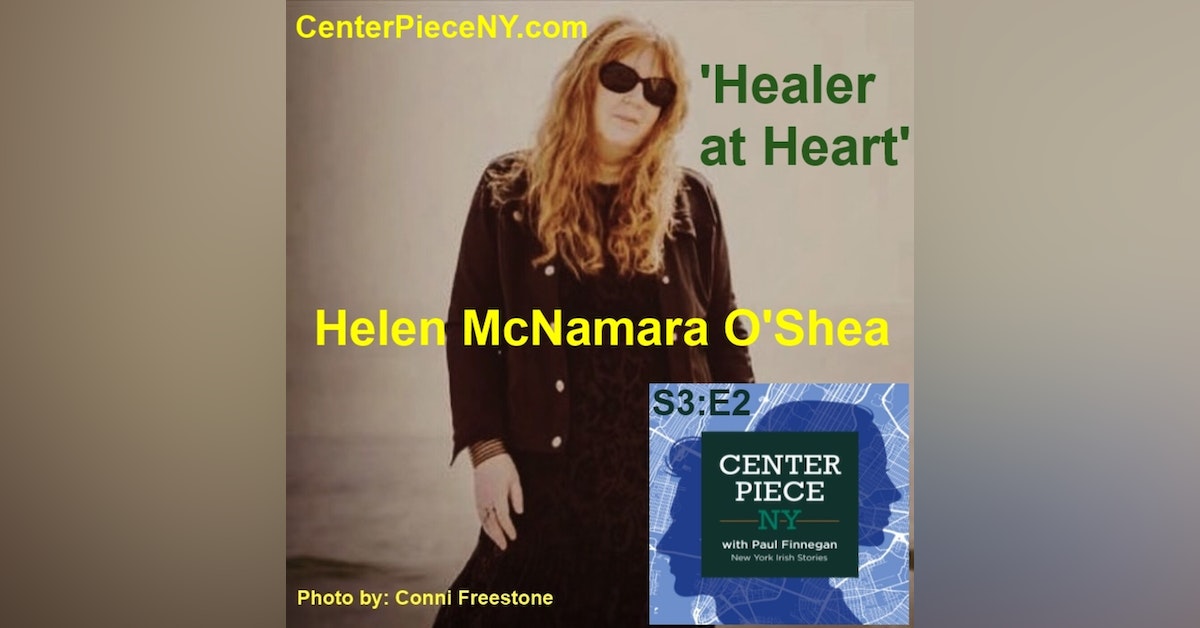 In this episode, Helen McNamara O'Shea tells us of the brave leap she made from a career as an accomplished doctor to that of a singer/songwriter.  Given that Helen describes herself as 'ancient', which she is not by any means, it seemed, on the face of things,  a switch that didn't make a whole lot of sense.

But that's on the face of things, because both careers, to Helen, have something fundamental in common. Healing.

Follow along as Helen tells us of her remarkable upbringing in Ireland, her life in Montreal and in New Jersey.  And how she got the spiritual permission she needed, from a hugely important person in her life, to follow a passion that had long been locked away, and the pivotal moment where it all came together.

And what's with the long name?  We'll let Helen tell you that story too.

You can help Helen produce her first a cappella album, about grief for the grieving, by contributing to her crowdfunding campaign.

And a thanks to our centerpiece, Helen herself, for her songs heard in this episode, some of which are cover versions.  Here they are in order, and the albums they appear on, where applicable:

You can hear all of Helen's music on Spotify. Search under Helen O'Shea.

A great big Thank You (a veritable Go Raibh Míle Maith Agat) to MacDara Ó Conaola for allowing us to use his recording of Céibh Chill Rónáin which demonstrates the ancient Gaelic art of Sean-nós singing.  MacDara's music in general can be found here:

The Love Token by Macdara on Amazon Music Unlimited

Thanks to Purple-Planet  for  Intro/Outro music, and to FreeSound for the sound FX.