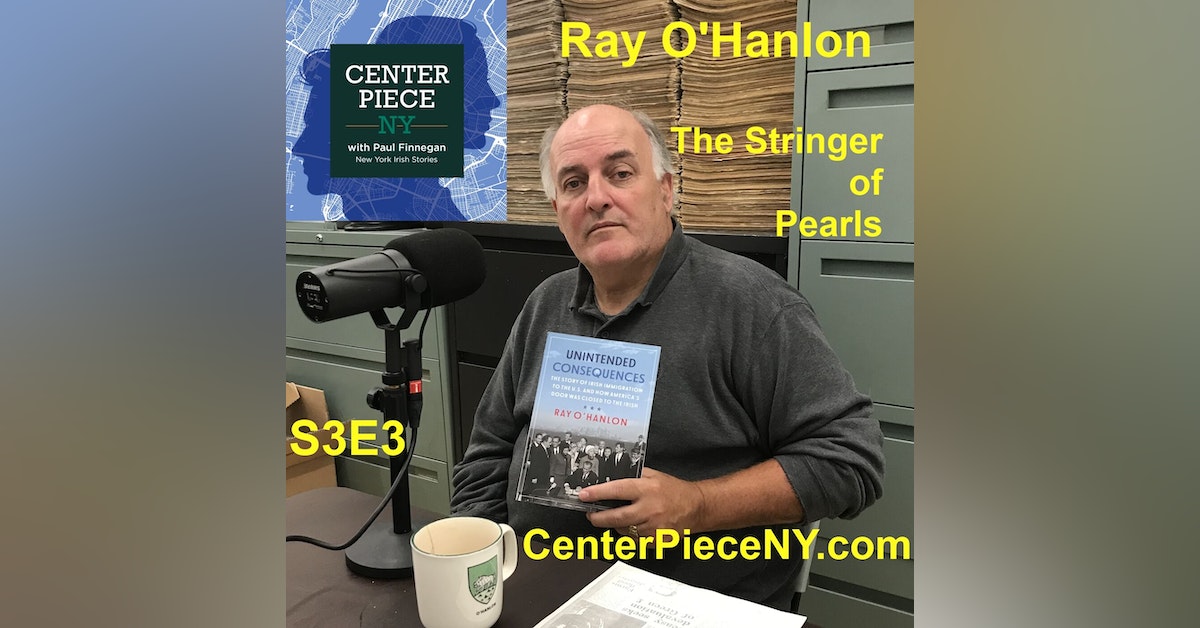 Ray O'Hanlon is a long-standing journalist, author and editor of the weekly Irish Echo news service, which has been a pillar of the Irish American identity since 1928.  That's a stretch coming up on 95 years, and Ray has been with the Echo for more than one third of that time!

Ray sees his work as stringing together elements, pearls he calls them, of larger stories, creating a broader context that transcends any particular incident or era.  It can be said he has been the string itself,  defining and chronicling  enormous changes among the Irish in American, and their profound impact on Ireland too, these past decades, bringing all these pearls into proper alignment.

Coming to New York after seven years with the Irish Press in Dublin, Ray's work has placed him where it mattered when it came to the political turmoil and The Troubles in 1980's Ireland, the US impact on the Irish peace process, and the ongoing saga of US immigration law when it comes to the Irish.

He has crossed paths with many influencers, from Charlie Haughey to Bill Clinton, leaving him with plenty of tales of his own.  More recently he has authored Unintended Consequences–Irish US immigration, and how America's door was closed to the Irish.

Further Research
During this episode Ray makes reference to several historic situations, entities and people. Here are some links for further reading and research:

The wonderful Wikipedia continues to be our primary source for research... give them your support!

Thanks to Purple-Planet  for  Intro/Outro music, and to FreeSound for the sound FX, and some music too! (And a  shout-out to Frank Zappa–we couldn't resist!)