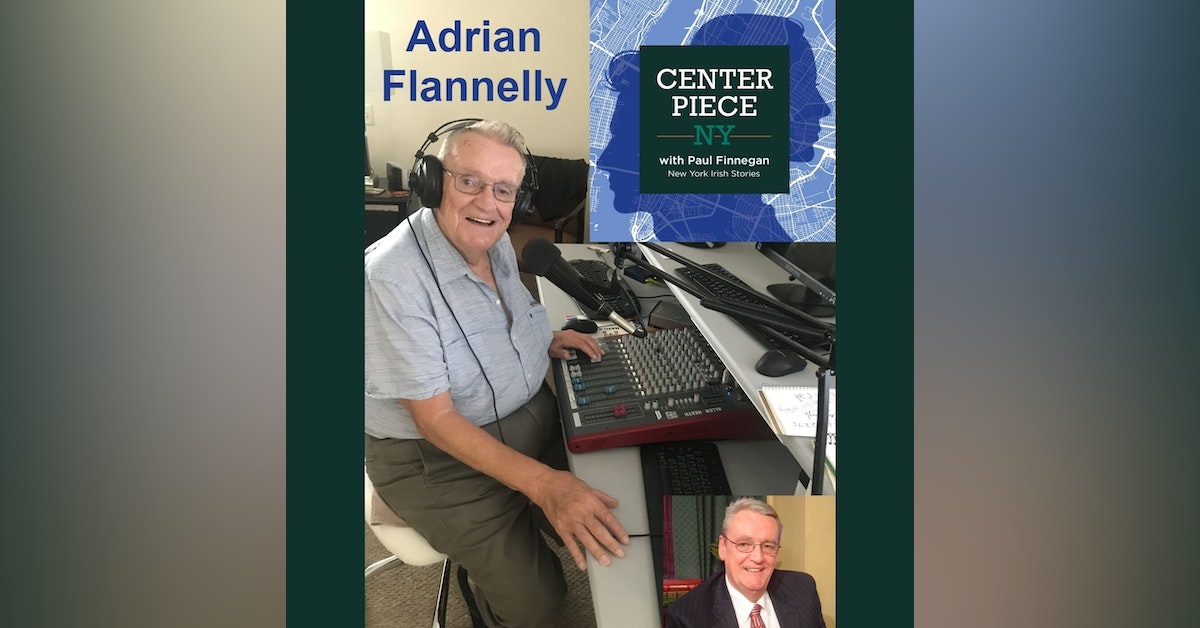 So we're all podcasters nowadays, but what is podcasting but radio on demand ?  In this episode we hear the story of one of the great radio pioneers among New York's Irish community, who is still standing and still broadcasting after 50 years, who was plying his trade when it required serious work and investment to do so: studio time, air time and a lot more equipment than a bit of editing software, an Internet connection, and a microphone (or two).

We refer of course to the legendary, the notorious, the amazing Adrian Flannelly.

And Adrian is even more than that, he's also an innovator.  He brought news to the airwaves of the community, and then talk radio, with interviews, conversations... and opinions.

He truly is the Godfather of Irish talk radio in New York.

The tables are turned, the mics are flipped, the interviewer becomes the interviewee.   The man who has spent a lifetime drawing out the stories of others, now has his own story drawn from him.

Listen and learn of his origins in Ireland's County Mayo, his early years as a musician on the circuit in New York and of course his radio days.  Learn too of his family, his powerful political relatives in the Big Apple, and how he moved the dial for the community on immigration matters, and in honoring the victims of Ireland's Great Hunger, all from the platform of his beloved radio.

And get a dose of his unique wit, to be taken only with a grain of salt!

You can tune it to Adrian's world at IrishRadio.com

Thanks to Purple-Planet and the group Sláinte, of Tacoma, Washington, via freemusicarchive.org, and Adrian himself, for the music, and also to FreeSound for the sound FX !