Donie Carroll: A Song of Freedom 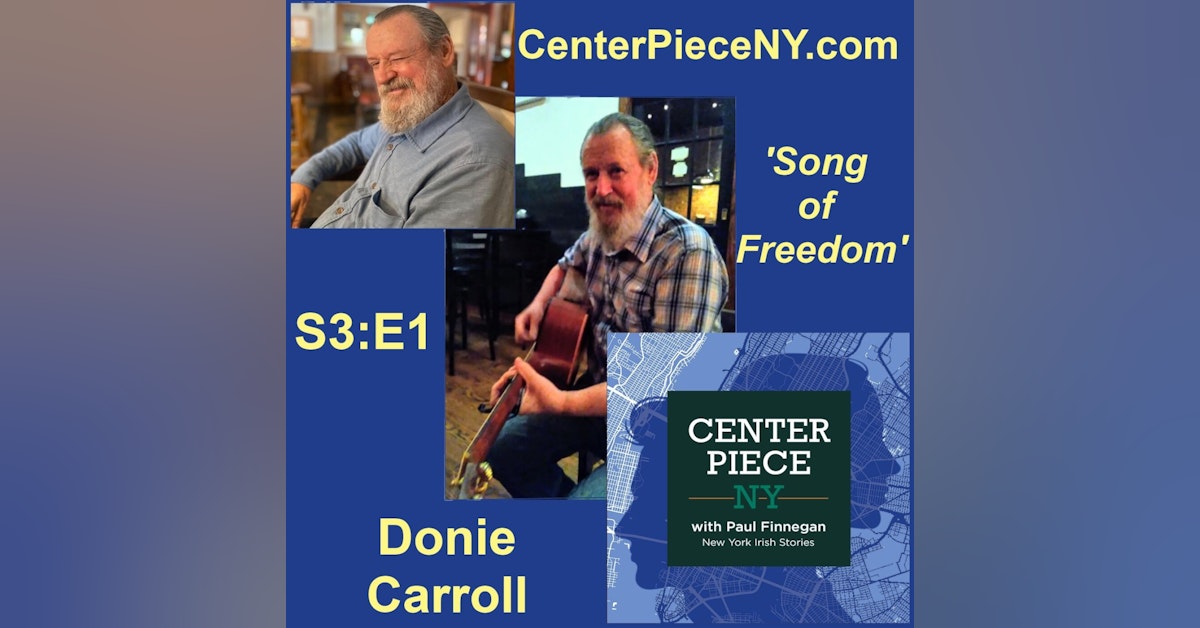 County Cork, on Ireland's southern shore, is its biggest county, bigger than all the rest, all thirty one of them.   Corkonians, as the people of Cork are known, are intensely proud of their heritage.  They often claim, in all sincerity, that Cork City, not Dublin, is the true capital of Ireland.   And they might be right.  One need only ask the British about their experiences dealing with 'the rebel county'.

By the time the centerpiece of this episode, musician and singer Donie Carroll, left his native Cork for New York, he'd already experienced many twists and turns on the botharín* of life,  including a plunge with alcoholism to the depths of despair, before rising again on the crest of the freedom that sobriety has given him.

But sobriety is no guarantee of a 'happy ever after', and even this year alone Donie has faced down further challenges, including the loss of his good friends John Browne, and music man Mick Moloney.

But through all the ups and downs of his life, music has been his sweetest friend.

This episode will also school you in the Cork accent, which, if you're not familiar with it, is as unique in the basket of Irish accents as Corkonians are among the Irish people.

Many thanks to our centerpiece, Donie Carroll himself, for his music heard in this episode.  Here are those tracks in order, and the albums they appear on:

Thanks to Purple-Planet  for  Intro/Outro music, and to FreeSound for both music & sound FX.