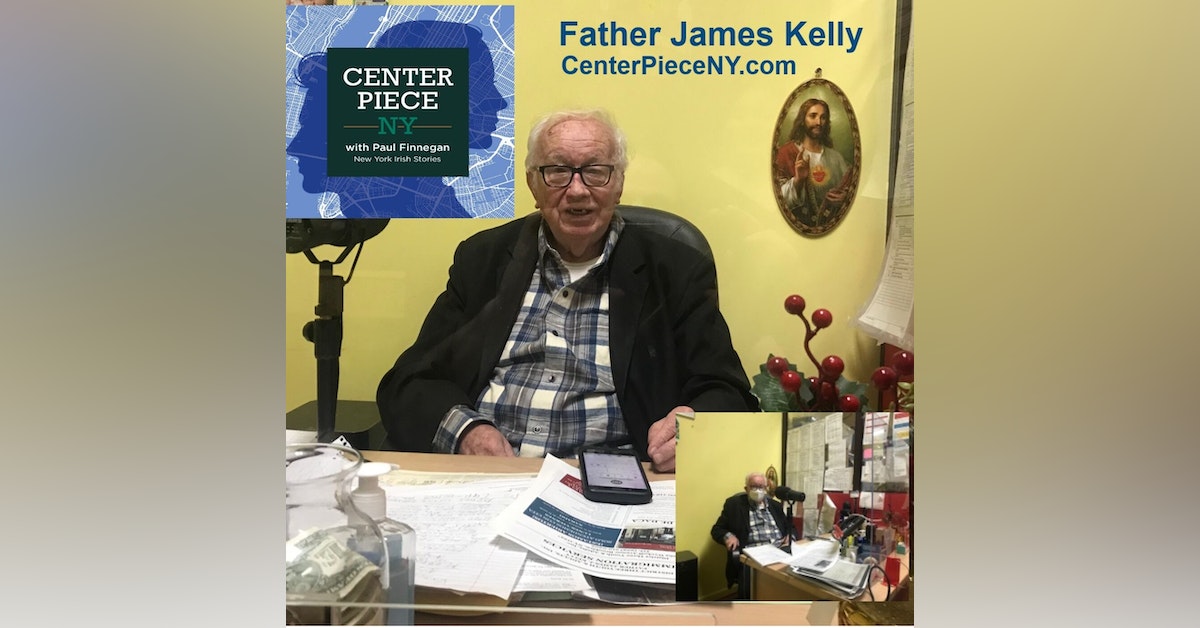 Few neighborhoods, if any,  in New York City have gone through as many upheavals over the last 60 years, as has Bushwick in Brooklyn.  For an area that covers a mere two and a half square miles, the sea-changes it has witnessed during this period, both economic and demographic, have been massive.  And its residents have lived through times of great urban peril.

But Bushwick has remained a community.

How it has retained its distinct and unique identity through so much turmoil, is due in no small part to one man, laboring as he does in the fields of the Lord, a de facto missionary among peoples that are often 'othered', providing his neighborhood a link to the past, and a path to the future.

That man is Monsignor James Kelly, since 1960 a priest and pastor in Bushwick's St. Brigid's parish.

And that man is an Irishman, encapsulating the finest, less-heralded, stereotypes of his people.  He is compassionate, funny, welcoming, erudite and above all in his Irishness, the possessor of a keen sense of justice.

No doubt it was inevitable  that CenterPieceNY would at some point feature a Catholic priest.  But this priest, Fr. Jim Kelly, is special.  He is a natural-born priest, with a jolliness and a joie-de-vivre which sharply contradicts the world of hurt in which he moves, while at the same time complimenting his keen intellect.

The Gospel calls him only in the direction of social justice, and he follows it there.  When obstacles arise he overcomes them–not by beating them, but by joining them. When the criminal courts became adversarial to his charges, he became a lawyer and legally represented them; when the game switched to immigration court, he went there too; when languages became barriers between him and those in need, he learned them, and became fluent in them.

There are many that have benefitted from Fr. Kelly's help in the course of six decades, and he often rises to the level of sainthood among them.  He is continuously sought out, this Padre For The Poor.  They say if you want something done, give it to a busy person, and Fr. Kelly, in his 80s, will therefore always be at center of action in his Bushwick office.

In the concrete whirlwind that is Bushwick, his mind often travels to his peaceful childhood home in Adare, County Limerick, in Ireland, and onto the playing fields where his beloved and indescribable game of hurling is played as if life itself depended on it.

No wonder he quotes the line "the savage loves his native shore"  from The Irishman by James Orr.

This episode was not taped in front of a live audience. Have a listen and you'll get it.  Learn of the Burning of Bushwick in 1977, and of Fr. Kelly’s adventures with the late Bishop Eammon Casey,  how St. Brigid's parish got its name, and lots more!

Special thanks to siblings Richard and Princess at District 3 Youth and Adult Center, for helping me with my interview of Fr. Kelly, and for all their hard work.

For more info on our two sponsors in this episode, check out the Celtic Irish American Academy and Sober St. Patrick's Day.

Subscribe to us wherever you get your podcasts.  And kindly give us a rating, and a review.

Thanks to Purple Planet, for the music, and also to David Phillips for his rendition of Danny Boy!