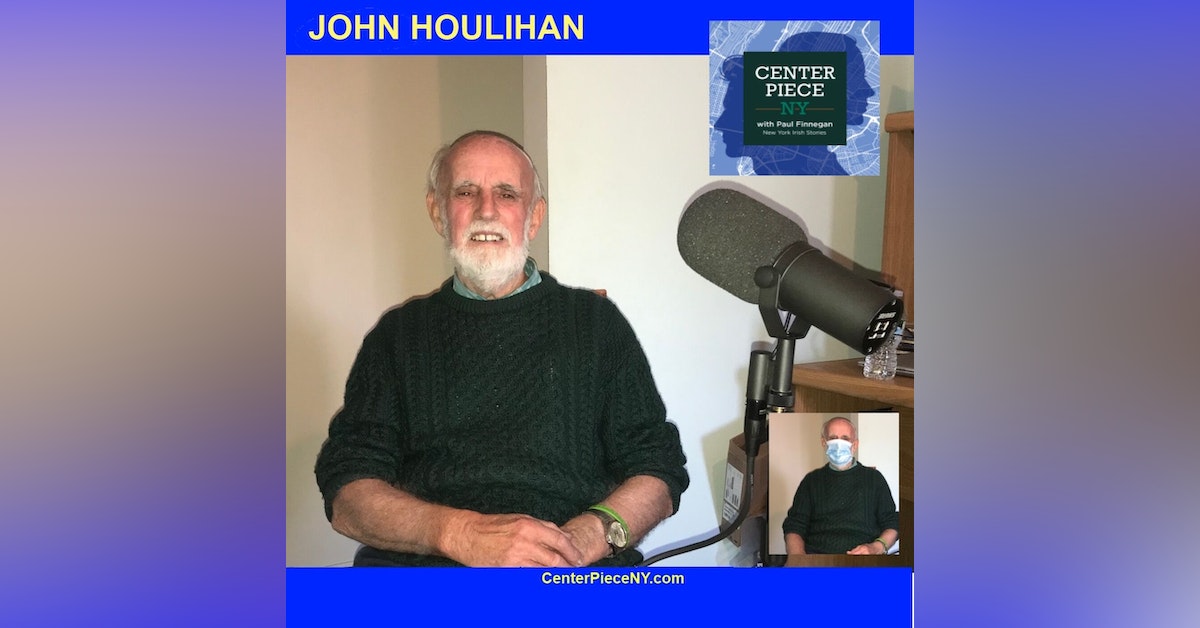 John Houlihan is a native of Ringsend, a fishing village in Ireland,  absorbed long ago into the great city of Dublin, the nation's capital.  But Ringsend still retains its unique customs and traditions, and a flavor of a Dublin of a by-gone era, which John exemplifies.

John came to America in 1970, and has made his home among the Italians of Bensonhurst, Brooklyn.  John's working life in New York was mostly spent navigating its vast, and famous, 24-hour subway system as a train conductor–as good a place as any to keep a finger on the pulse of a town that never sleeps.  He witnessed much in his time in Kerryman Mike Quill's union, the Transit Workers of America, including a tragic Tuesday morning in September, in the year 2001.

Listen to John as he tells his stories of his Dublin childhood, and of his adult life in New York, delivered  in one of Ireland's most unique accents. Learn of his passion and knowledge of sports, and of his singing community.  Hear tales of the many marathons he ran, and his dedicated admiration for a founder of the American Navy, Wexford man Commodore John Barry.  And you'll get to hear John's fine tenor voice too.

Thanks to Purple Planet for the music, and to Donal O'Shaughnessy for the sample from his version of Dublin In The Rare Old Times.  And to John himself for his rendition of O Holy Night, perfect for the season that is in it.