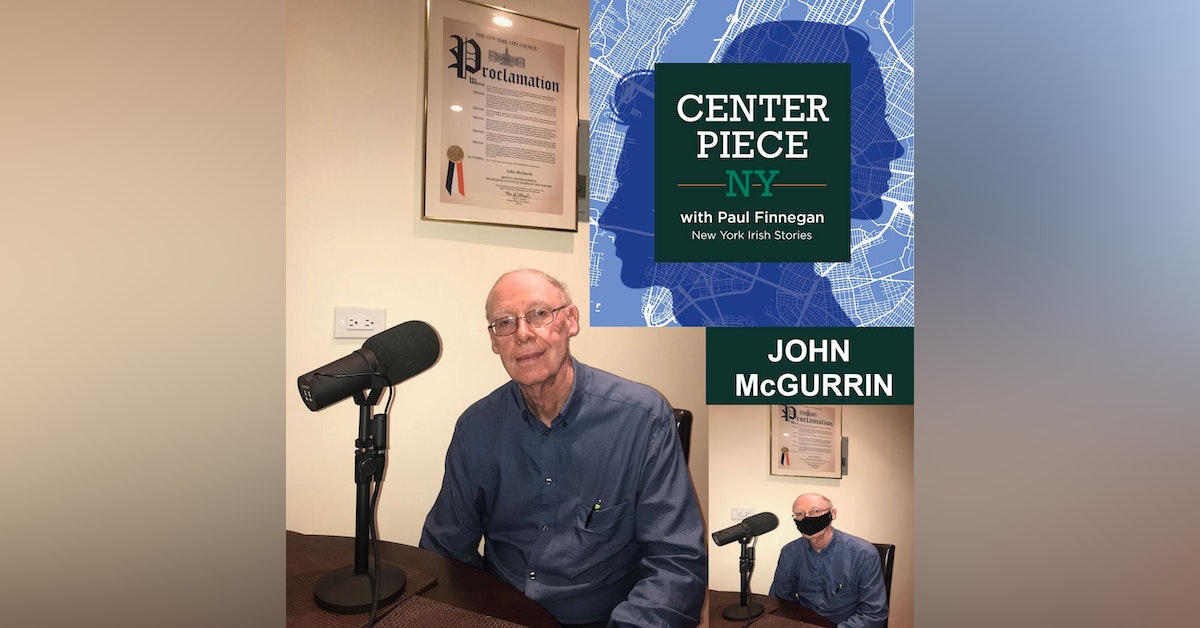 John McGurrin was a mere lad of twelve years when his family upped stakes in his native County Cavan, Ireland, and headed for New York, unlike many Irish immigrants who arrive on the shores of the United States as young, single adults. It was 1955 and he had his whole life ahead of him, a life that brought him and his family great tragedy and hardship in his adopted country, but also great opportunity and excitement. It's been a life where he's travelled the world over, and a life he continues to live to the fullest, sixty five years later.  It's been a life where he's helped many, of all backgrounds, in all sorts of difficulty, in his work and as a volunteer.  He has embraced the cultures of many lands, and yet his love for his own Irish culture is deep.  He is both outward looking, a cosmopolitan, but remains true in his heart to Ireland, a Hibernian.  Listen and learn the rhythm of John's life through his stories.

And given the season that is in it, and following the year the world has had. we include a special message about self-care, from Rebecca Skedd, CEO of Solace House.

Follow us on Facebook and Twitter @CenterPieceNY or visit us at CenterPieceNY.com.  Be sure to subscribe wherever you get your podcasts. And thanks to Purple Planet, and the group Sláinte, of Tacoma, Washington, via freemusicarchive.org, for the music!