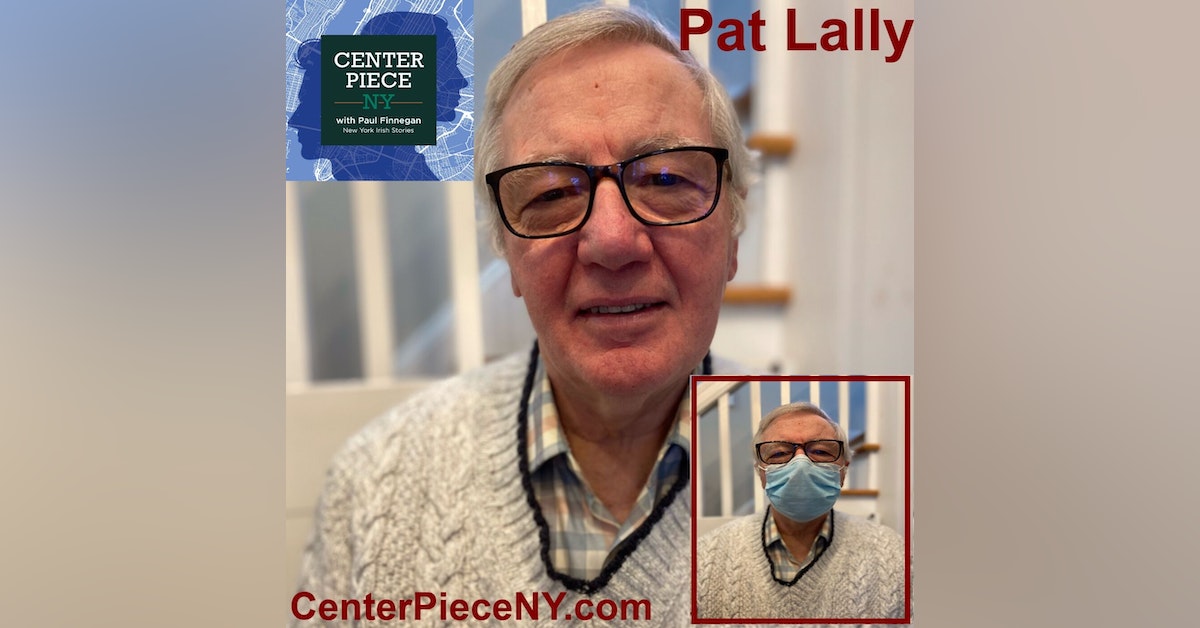 Pat Lally is a Galwayman.

He hails from the county in Ireland that is the second largest of that country's famed set of thirty two.  And that county is Galway.

County Galway is named for Ireland's famous, most western city, Galway City, which sits on the shores of beautiful Galway Bay, itself famed in song, with the Aran Islands strung across its entrance like three precious emeralds in a necklace.  And on those weather-beaten islands, early settlers brought forth elaborate stone forts from the bare rocks.

Galway City divides its county into two halves, and is a gateway to an area called Connemara, the outermost edge of Europe's shrinking Celtic fringe.   Lying to the west of the city, it is a rocky and mountainous region, of immense scenic beauty.  It is known as a Gaeltacht area, where the Irish language has been spoken on a daily basis for centuries, and whose inhabitants speak it with a blas–with a rich and distinct flavor, that is.

To the east of Galway City is where Pat comes from.  Later episodes of this podcast will consider the wonders of the city but for this episode the focus is on that other side of the county, East Galway, as Pat's origin story.

East Galway is the more fertile half.  Farming has always been a staple of the local economy, and the social order has long been associated with land, be it the Anglo-Irish or the native Irish Catholics.  And so it is that Pat was raised on a farm.

And even though Pat left Ireland for New York many years ago, he finds East Galway's history and traditions endlessly fascinating.  He is an authority and a storyteller for the region, before his time and since.

In this episode you'll hear of everything from a pivotal battle that put an end to the last shred of resistance the Irish could muster against William of Orange in 1691, letting Gaelic Ireland fall into a long winter.  You'll hear of Pat's days in boarding school at a famous Galway school, the Galway sports world, and of nature in Galway, from the cuckoo to the foxhunts.  And then on to his life and family in New York, and the challenges to his faith, and of his leadership in New York's Galway Association.

And just as everyone of a certain age in Dublin has their own personal U2 story, Pat, like many in Ireland in 1963, has one for President Kennedy!

For more info on our two sponsors in this episode, check out the Celtic Irish American Academy and the Julien Dubuque International Film Festival.

Subscribe to us wherever you get your podcasts.  And kindly give us a rating, and a review.

Thanks to Purple Planet, for the background music, and to Dr. Timothy O'Donnell and Sons for their rendition of The Galway Shawl, and also to FreeSound for the sound FX !