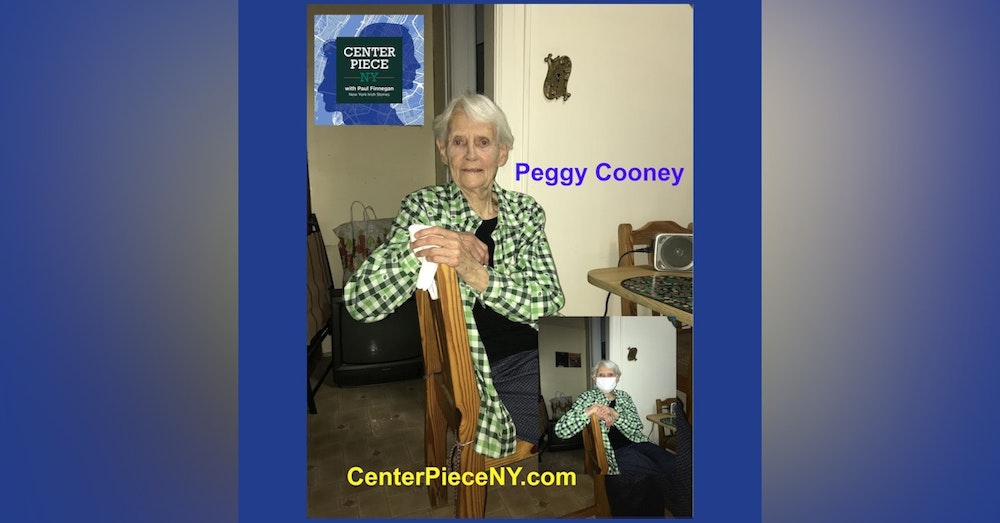 Perhaps it came about from the confines of her upbringing, and the little say she had in decisions that greatly affected her life, but Peggy Cooney has a rebel's soul.  And as with all the rebellious, she has come to negotiate the world on her terms only.

Peggy who has turned 90 years of age in the midst of our great pandemic, was raised in County Meath in Ireland.  Her county is often called Royal Meath, so-named, not for those who have sat on throne of England, but because, at Slane, it once held the ancient seat of the Gaelic High Kings of Ireland.

Peggy spent her childhood in a village called Dunshaughlin, and if you harbor any hope of pronouncing it correctly you'll need to listen to her say it, as she unfolds the stories of her life.  She was happy there with her brother and sister, but along the way she found herself unwillingly in Tuam, County Galway, and later, again against her will, in the post-war ruins of the city of Coventry, in England.

But America, now that choice was all Peggy's.

Be sure to subscribe to us wherever you get your podcasts.  And kindly give us a rating, and/or write a review.

And thanks to Purple Planet, and the group Sláinte, of Tacoma, Washington, via freemusicarchive.org, for the music!