S1E10: Peter and Bryan Fahy, and a tribute to Galway City. 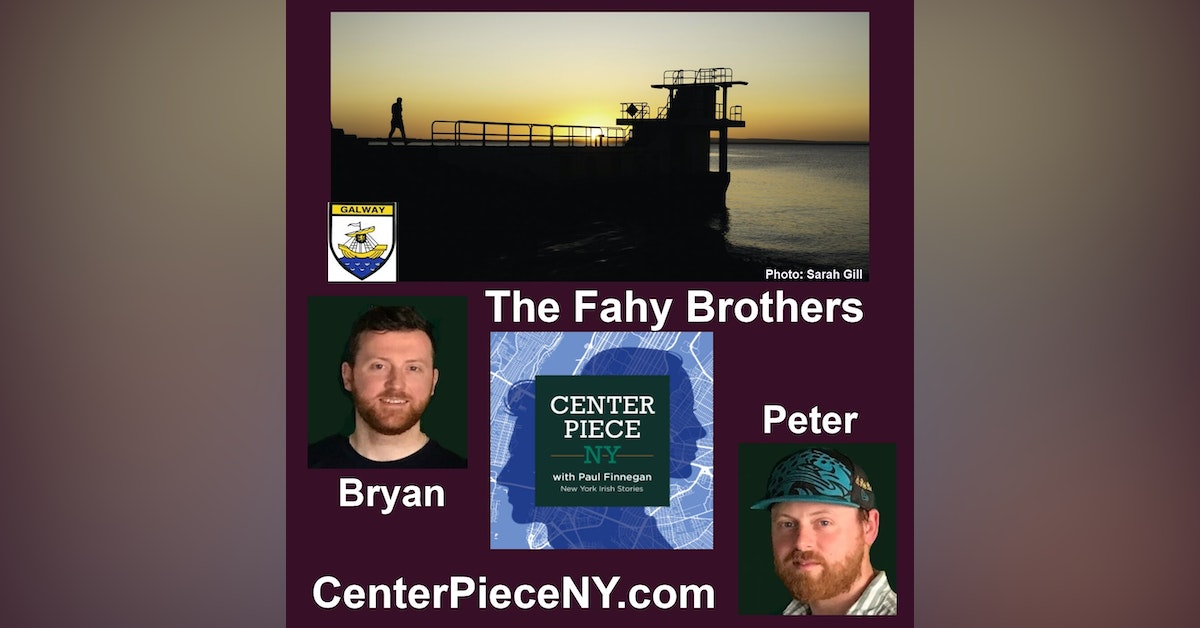 We have two guests this time around, young thirty-somethings and brothers, Peter and Bryan Fahy, originally from Salthill in Ireland's Galway City, who came to live in New York just only in the last ten years, but are in the States now for the long haul.

But we also have a third guest: the City of The Tribes itself–we are taking a deep 'Blackrock' dive into Galway City, which also happens to be the hometown of Paul Finnegan, the presenter and producer of CenterPieceNY, so this one is close to home.

We investigate whether Galway lives up to being a city, despite a population size that pales in comparison to other great cities.

You bet it is.

Does it have undercurrents, and underbellies? Does it operate on many frequencies, some hidden, from deep local, to hinterland, to national, to international?

Does Galway have the heartbeat of a city?

But don't just take our word for it, let the Fahy brothers convince you!

And as Peter and Bryan have discovered, Galway City is the perfect training ground for life in the big, big city of New York.

A special thanks to our contributors for this episode:

A big thanks to Shattered Ego, via David Comer,  for these tracks:
Winter, Big Boy, Kids and Who Cares.
(Shattered Ego are now defunct, but there's always talk of a comeback tour!)

And a couple of Shout Outs:

For more info on our sponsor, and the work of Brian Fahy (aka Dad), visit Celtic Irish American Academy.

Thanks again to Purple Planet, for our intro/outro music, and then some. And FreeSound.org for some of those amazing sound effects.

This concludes Season 1 of CenterPieceNY.  We'll be back soon, lots more great people and stories in the pipeline.  Sign up for updates so you don't miss out.   Don't stray too far!