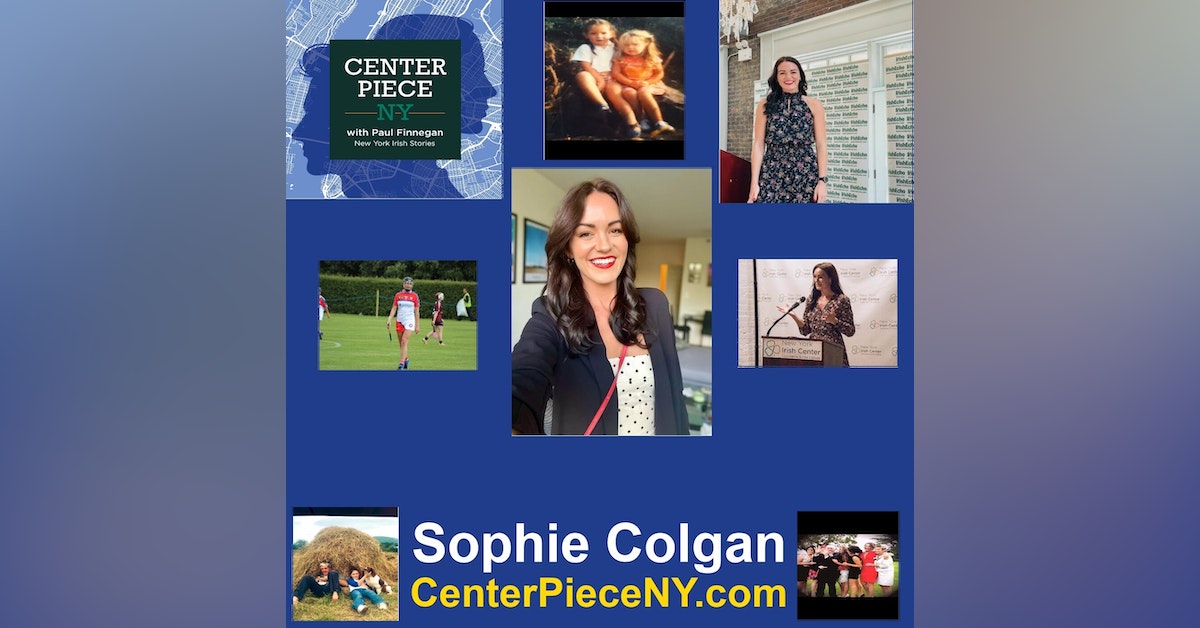 Sophie Colgan is one of the finest examples of strong leadership on the rise today among the young in the Irish community of New York.

Upon first arrival in the Big Apple in 2013, Sophie Colgan picked up on the background noise of goodwill that benefits all Irish people who come here,  an almost universal feeling that has its origins in the aggregation of centuries of small and big contributions to community that the Irish have given this great city.

Sophie returned to Ireland to finish her college studies, but returned immediately after, in 2014.  She couldn't wait to get back.  She was in love with New York and, immersing herself in the Irish community, felt right at home with the traditions and history of the Irish in America.

Her ambition for her role in her community was not to be a passenger.  As she says herself, "My sights were set on big things."  She represented New York at the world famous Rose of Tralee, and it is no surprise  she quickly found herself working for the prestigious American Irish Historical Society (AIHS) whose motto is: "That the World May Know."

But to Sophie, community is about inclusion, not exclusion, and when she witnessed  some self-serving behaviors at her place of work, it did not sit well with her.   Even at great risk to her career and her residency in the US,  she felt compelled to speak out, because leadership doesn't hide when the going gets tough.  She suffered for her bravery, but has landed on her feet.

And Sophie's story is still unfolding. Her steely determination is not to be underestimated.

Coming from a big, wonderful family, Sophie's parents left Ireland only to return when they got the chance, an increasing trend in the Irish Diaspora in recent decades. Thus, Sophie joins legions of young people with lovely Irish accents whose birth certificates indicate otherwise, just another colorful flavor in an ever-evolving Irish identity.

Join us as we trace Sophie's life from her early return from Kent, in southern England, through her upbringing in County Down in Ireland, at the foot of the beautiful Mourne Mountains, to her impact on the New York Irish community and beyond.

And by simply being who she is, and living her life accordingly, she is actively redefining and expanding the modern Irish American identity.

And she's a great podcaster too!

Dan Barry in the NY Times (by subscription).

The Rose of Tralee

Thanks to Purple-Planet and the group Sláinte, of Tacoma, Washington, via freemusicarchive.org, for the music, and also to FreeSound for the sound FX and music !