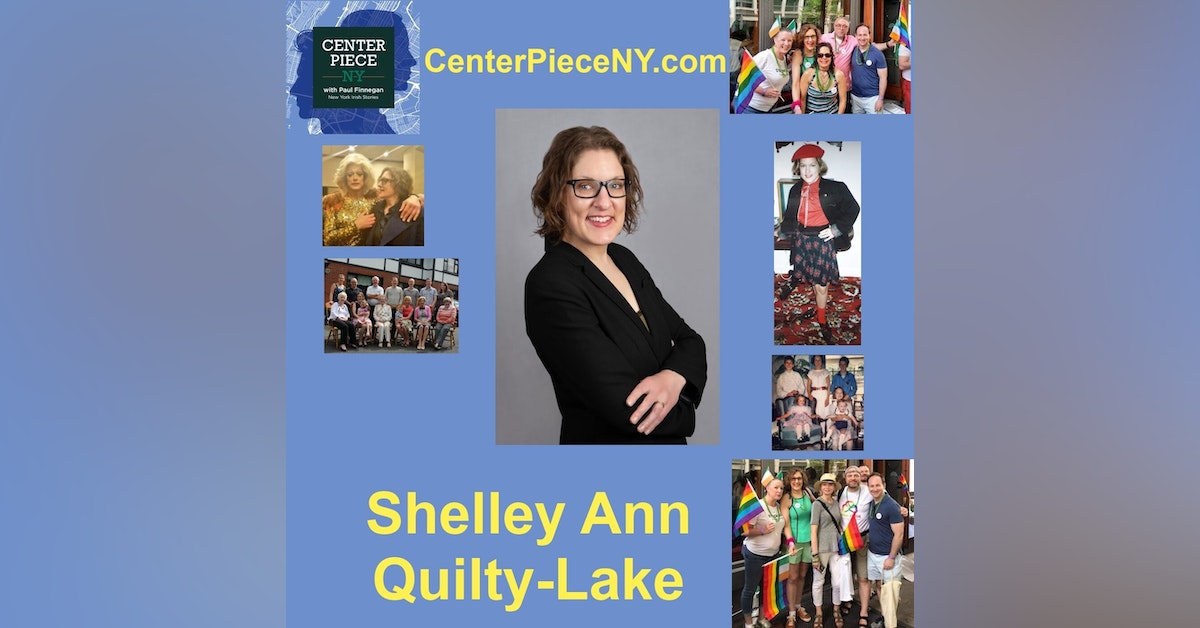 Shelley Ann Quilty-Lake, or simply Shelley, devotes her day, and her life as a lawyer, to those excluded from the dance, and to those who've made it into the dancehall but who aren't  allowed onto the dancefloor.  Discrimination, racism, and other -isms, are often deeply buried, but she skillfully teases them out to protect her clients.  And Shelley knows what it's like to be othered.

Shelley is gay, unapologetically so, now, but that's neither here nor there, to use a common turn-of-phrase among the Irish, when you learn of the totality of the person she is.

She was raised in the countryside of County Wexford in Ireland, where working with horses, and playing field-hockey (at which she excelled) brought her great joy. But even then, even there, her self-awareness was speaking in her ear,  first in the whisper of a gentle breeze, and  later, as she grew up and left to attend college in Dublin, in the howl of a more persistent, blustery Irish wind.

Yet, it took being in America for Shelley to finally feel free enough to seek belonging.  This is the true essence of American freedom, the real pursuit of happiness, not the corrupt mé féin*  version in vogue in this country today.  There was a choice to be made, and Shelley describes this choice with exquisite eloquence.

From there, it was a natural progression to being an advocate for any category of people that have been historically excluded.  Here the universe conspired to help her, when, out of necessity, she took a job as a paralegal, and witnessed how powerful the law can be in protecting the vulnerable.

She had truly found where she belongs.

The Irish have a keen sense of justice, it should be one of their stereotypes, and Shelley embodies this entirely.    She is unapologetic in her beliefs, yet operates with kindness and fairness. It is her superpower.

And like all Irish people, she loves being part of the community, which is evidenced by her leadership in several Irish community organizations.

We can safely say–knowing how well Shelley makes choices–that in whatever she is doing, she belongs.

*Gaelic for 'myself', used here in a selfish, self-centered, context.

Thanks to Purple-Planet and the group Sláinte, via freemusicarchive, for music, and to FreeSound for sound FX and music.