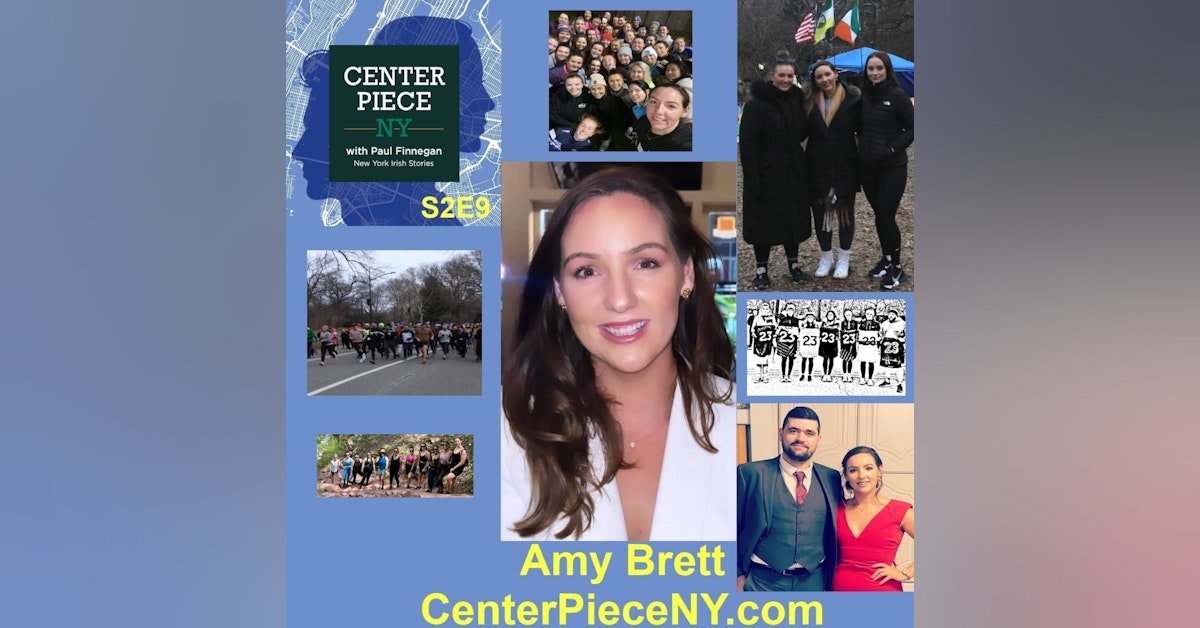 Amy Brett is a passionate and skilled event planner, an avid Gaelic footballer and a powerful fundraiser for great causes.  And she's all 'Mayo for Sam', red and green, through and through.

Based in Sunnyside, Queens, she's having the craic in New York.  For many from previous generations, that's a familiar tale.

The more things change, the more they stay the same.

But above all she's a community builder.  She loves to bring people together; it's the thing amidst everything else that stands out about her.

In January this year, in the space of just a few days, with the help of her friends Niamh and Sarah, she brought out a huge crowd of young Irish x-pats in Central Park, to rally around a very timely issue, the growing level of violence against women everywhere, including Ireland.  The event, a 5K charity run, was organized to respond to the death of Ashling Murphy, to honor and remember her, and to highlight this enormous problem.  Over $32,000 was raised for awareness and education about this scourge of our time.

Almost a thousand showed up.  It can take weeks of planning, if not months, to muster a crowd like that. One can only imagine how many would've showed if they'd had more time.

It was a gathering that maybe shouldn't have even been possible, and you can read more about the reasons for that here.

But happen it did, and is clear evidence that there continues to be an Irish identity in New York.

Most of that big crowd will leave New York before too many years have gone by.  But others will come in their place and the community will be sustained.

Where will Amy find herself in ten years, and who will be the new Amy in New York when that day comes?

So have a listen to all the mad things Amy gets up to.  But she's a fast talker, so be sure to keep up.

Thanks to Purple-Planet  for music, and to FreeSound for sound FX,  and music too.