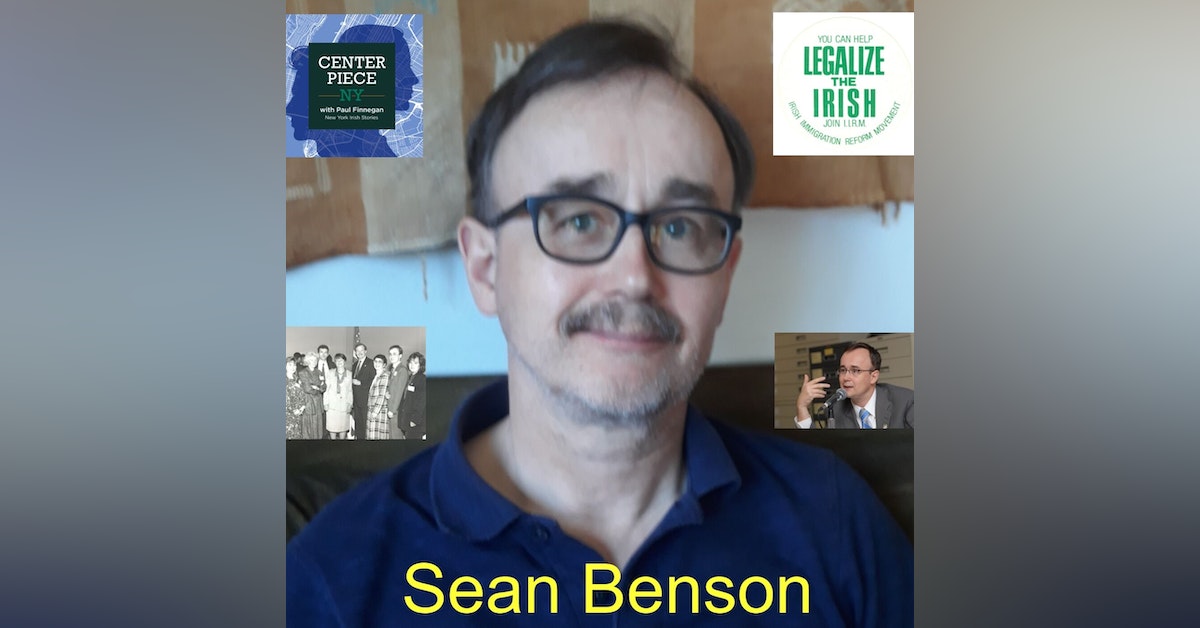 In the days before Monday October 14th 1991, thousands converged on a post office in Merrifield, Virginia. They had come from throughout the United States and represented countries the world over. They all had one thing in common. They were undocumented immigrants, and by being there, at that post office in Virginia, at that time, they had a real shot at securing a green card, and coming out of the shadows in America.

It was the very first running of the Diversity program, designed to give legal status to some citizens of countries adversely affected by a 1965 immigration law. Among the long list of countries that were to benefit from this program was Poland, Italy and... Ireland.

The rules: applications had to arrive by mail at the State Department during a one week window, not before or after, starting 12.01AM on that fateful Monday. And green card winners were to be selected at random; it was a lottery.

But there was a twist. Each person could submit as many applications as they could muster. The more submitted, the more likely to  be picked from the heap at the State Department. Many had painstakingly prepared hundreds, even thousands, of applications. There was no online, only paper forms, and pens, and envelopes, and stamps.

And better to  get in early too, so the plan was to mail applications as close as possible to the door of the State Department in DC, i.e. at that mailbox at that post office in Virginia. Except a mailbox couldn't handle the deluge of paper that was about to land on it. Knowing this, postal workers at Merrifield had put large baskets in front of their facility.  Even then, it was at times chaotic, even dangerous, as the crowd surged forward, throwing envelopes over the heads of others into the baskets, in what resembled a ticker-tape parade.

Merrifield was also the culmination of a David vs Goliath struggle–to solve the problem of 50,000 Irish undocumented–for the Irish Immigration Reform Movement (IIRM), a group that started with young Irish activists in 1987 in Queens, New York.

And did they ever.  By 1990, the IIRM had become a national, powerful grassroots movement that lobbied for, and secured, 40% of all Diversity green cards for the Irish, 16,000 in number, in each of the program's first three years. It put a green card, basically, in the hand of any Irish person that wanted one.  This set-aside for the Irish came to be known as the Morrison Visas, after then Congressman Bruce Morrison.

The IIRM had but one regret, the bounty was temporary. They foresaw it would soon be near impossible again for an Irish person to gain legal status in the US.  And so it is today.

But Merrifield was a shining moment for a generation of Irish that never expected to have to leave its native shore, only to be treated as outcasts, in America of all places.

Sean Benson, from Co. Kildare, the centerpiece of this episode, was one of these 80s Irish, joining the IIRM at the outset, playing a leading role in it, and being pivotal in the early years of the Emerald Isle Immigration Center, the IIRM's social service wing.

Hear Sean's telling of the IIRM's story, and of his life in the decades since.

Thanks Purple Planet, for the music!