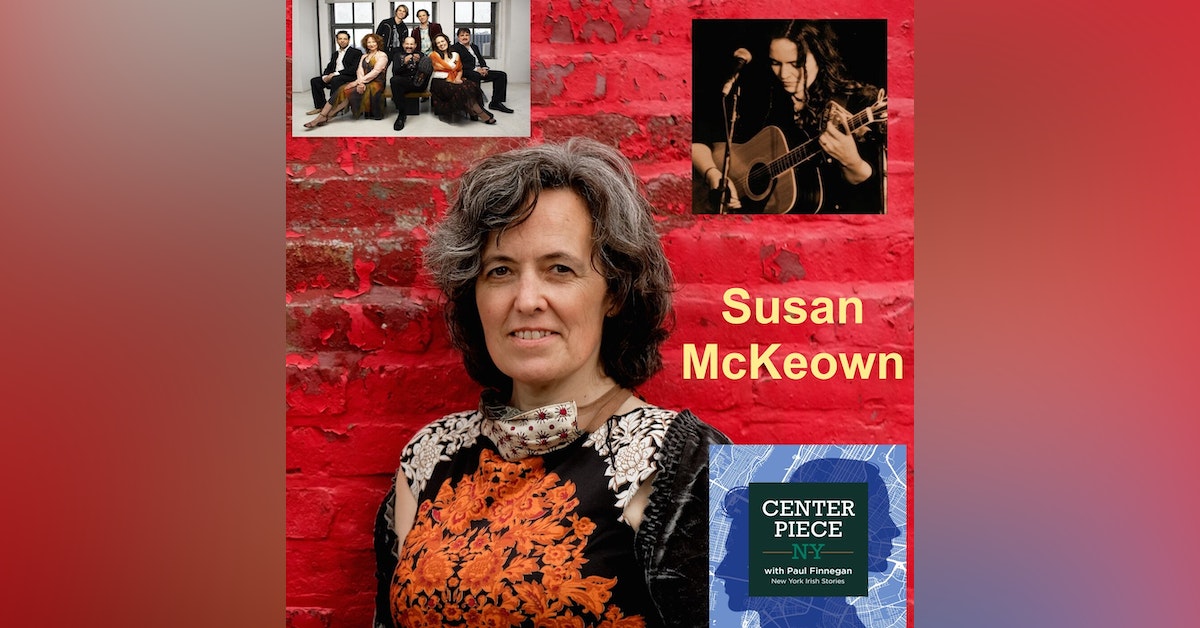 Dubliner Susan McKeown has made a career in music.  This is no small feat, and tells us she is an accomplished singer and innovative songwriter. And now, through the Cuala Foundation, she's become a social entrepreneur in the arts.

And when you add to the mix that she is also a mother who single-handedly raised her daughter, you're learning about someone who revels in taking on the world when the odds may not be in her favor. In short, she's a warrior.  A Celtic warrior.

With her dream of making great music, Susan arrived in New York in the early 1990s–landing in a city that could still hear the 1970s echoes of its own decline, a metropolis still awaiting the turnaround that has since restored it to former glories.

And make great music she did, connecting with kindred spirits on Manhattan's grungy Lower East Side, finding a home at the Sin-é café, an Irish hot-spot for great underground performances during this time.

Building on her formative experiences in this historic patch along Manhattan's eastern flank, Susan has gone on to record many albums, and collaborate with many first-rate performers, on stage and in the studio.

The Lower East Side is famous for its part in the story of America's melting pot, when large numbers of German, Italian, Jewish and Irish immigrants lived in close, crowded quarters.  This concoction of traditions has morphed into a fertile ground for a diverse creativity that lives on to this day.  So it was no surprise that Susan was influenced by much more than her beloved Irish heritage, and explains her extensive work with a Jewish klezmer group, which led to her winning a prestigious Grammy in 2007.

The early loss of her own mother shaped her, and her unique musical style.  Changes to music's business model, along with being a witness to mental ill-health in those she loved, has led her to implement new models of care for artists, through her most recent venture, the Cuala Foundation.

And, of course, there's the motherhood thing, which has been central to her identity for the past two decades. She raised her daughter, and raised her well, in the turbulence of a performing artist's life on the road.  Step back and give that a moment's contemplation!

Thanks to Purple Planet, for our intro/outro music.  And thanks to Susan McKeown for her music in this episode.