S2E2: Jacqueline Kealy - from Tuam to the stage lights of New York City! 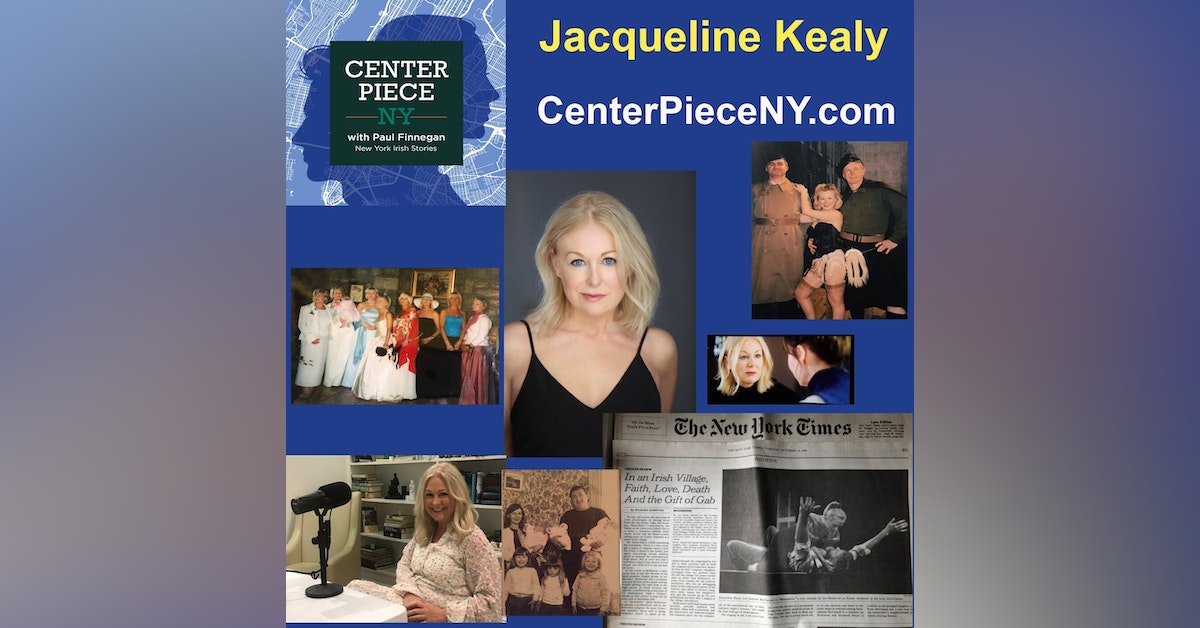 We know County Galway in Ireland has it share of towns (and a city!), each with their own character and traditions, but Tuam–along the northern edge of the county–stands apart in its creative take on the world.

It is no surprise that such a free-thinking place, with its vibrant music and theatre scene, should produce an adventurous young lady like Jacqueline Kealy, our centerpiece for this episode.

In fact, Ireland produces more such women than most nations, and we'll explore that theme too in this episode.

Raised in Tuam, Jacqueline left Ireland in the darker economic times before the Celtic Tiger. Part of a wave of outward migration from the island that we covered in a previous episode with Sean Benson, Jacqueline came to New York shortly after finishing her second-level education, almost on a whim, and immediately fell in love with the city.

Already having stage acting on her resume in Tuam, and in her blood, this former undocumented immigrant, and now US citizen, connected quickly and seamlessly to the vibrant performing arts scene in the Irish community of the time.  Over the years she has strode the boards with the finest Irish theatre companies in New York, and mixed it up with the best actors and writers the community has produced, one of whom ended up her husband!

And of late she can be seen on the silver screen of Amazon's streaming media.

The eldest of seven sisters (yes seven, and no brothers!), Jacqueline's first stage was the platform of her wonderful family, and despite distance and time and challenges, they will always be there for each other.

This past year, unfortunately,  has tested their resilience as great tragedy has descended upon the Kealys of Tuam, mostly brought on by the the pandemic.  Even while reeling from the sudden impact of loss, though, Jacqueline retains the dignity and love of life, and gratitude, that her parents bestowed upon her.

In this episode you will learn the correct pronunciation of the name 'Tuam', by the way, and you'll get a hint of its secret language!

An Béal Bocht: The Poor Mouth

Here's the movie in which Jacqueline currently stars:
A Bend In The River (trailer).

Thanks to Purple-Planet and the group Sláinte, of Tacoma, Washington, via freemusicarchive.org, for the music, and also to FreeSound for the sound FX !

Special mention too for the wonderful theme music of A Bend In The River  - Emer's Dream by Colm Mac Con Iomaire.