S2E7: The Computer Club, Part I 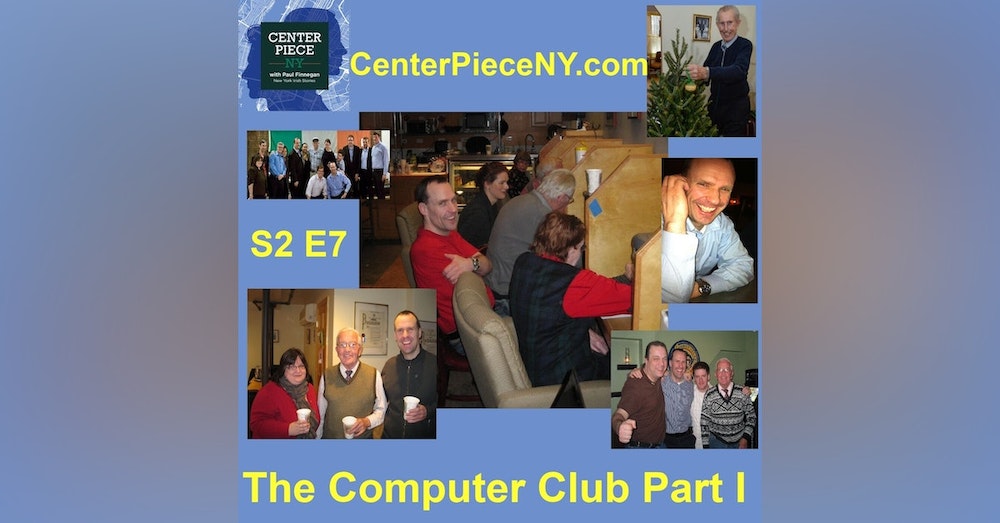 We're taking a slightly different approach in this episode.   We've gathered some thoughts and memories of several centerpieces, but the centerpiece of their lives in New York was, for a few years,  a decade ago, a thing called 'The Computer Club'.

The reason we are doing this now is because one of us, Paraic, had to leave the stage this month, and we've put together this episode in his honor.  We hope it will help us grieve.

Have a listen.  If you do, you'll end up feeling connected to a time and a good place.  And to good people.

Thanks to Purple-Planet  for music, and to FreeSound for sound FX,  and music too.

We didn't include our usual message for the  Celtic Irish American Academy in this episode, but you can learn more about them here. Support their work by donating (in USD $) here: CIAA Scholastic.